Directors personal liability should not be a problem for company directors, but recent changes in the law have changed that.

Company directors have protection by the limited liability status of their company. Recovery  powers granted to HMRC in the Finance Act 2020 can mean that directors could face a personal liability for tax debts of the company in the event of insolvency.
This change has potentially huge ramifications for directors if they intend to go through an insolvency process due to the tax arrears of their company.  Particularly if the directors already have a number of insolvencies behind them. 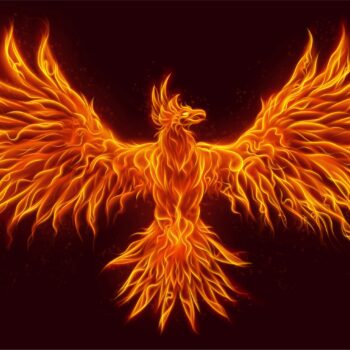 After the Act, HMRC now has the power to issue a joint and several liability notice (“JLN”).  This potentially makes controlling individuals jointly and severally liable for certain company HMRC debts in some circumstances. If the director has dissolved the company, then they can be wholly responsible for all the tax debts.

What is a phoenix company?

A phoenix company is a company that is registered to take over a failed or insolvent business of another company.  The new company rises from the remains or ashes of the failed company usually with the same (or related) directors.

The assets of the old company end up transferring to the new company for little or no consideration.  The new company continues to operate the business, usually with the same assets and employees.

HMRC now have this power to try to reduce ‘phoenix’ companies where an insolvent business is dissolved in order avoid outstanding liabilities. Later the former directors incorporate a new company which carries on trading in the same or a similar business. Often offering the same products and services, and often using the assets of the insolvent company.

HMRC tends to be the largest creditor in the vast majority of corporate insolvency cases.  Phoenix companies represent a huge loss to HMRC, hence the change to directors personal liability.   The changes to the Finance Act gives HMRC much greater powers to recover some of these debts from the directors.

Conditions for issuing a JLN

The new powers are only to apply in the event of repeated insolvencies and the non-payment of taxes.  HMRC are clear that the rules will not apply to every dissolved company.

It is fair to say that HMRC across that the vast majority of insolvency cases are genuine.  As a director, you need to ensure that the company is properly advised when the company dissolved to protect you from being targeted by the new measures.

The legislation is aimed at directors who use dissolution to deliberately avoid tax liabilities, and those who fail to properly consider  their tax liabilities.

Before they can issue a joint and several liability notice HMRC have to ensure that all of four conditions are met.  These conditions are:

For HMRC to issue a JLN then they must do so within two years of them becoming aware all conditions have been met.  After a notice is issued, then the directors acquires jointly and severally liable.  That makes them liable for any unpaid tax liability of the new company. In addition to any tax liability the new company incurs for five years following the date of the JLN.

Directors personal liability means that if any unpaid tax debt remains from one or both of the relevant old companies, then the individual is also jointly and severally liable for that amount too.

How we can help you

If you are concerned that your business is insolvent then you need advice about the implications.   Using a liquidation process in order to escape mounting tax liabilities means considering what a JLN could mean. Those with repeated insolvencies could find themselves facing greater personal exposure to the tax debts of their company. They could also face liability for the outstanding money owed to HMRC from their already failed businesses.