Over the past 18 months, Kirstyn Campbell has been very busy in our office preparing, submitting and managing CIS Refunds for new clients, and clients we acquired through acquisition.

She has worked exceptionally hard at gathering the information, especially as some of the claims were outstanding for the last four years, due to the previous agents not understanding what needed to be done.

Kirstyn has recovered around £1,000,000 in CIS for clients in the past 18 months with one client receiving a cheque in excess of £300,000 that their previous agent told them they weren’t due.

But Kirstyn has just excelled herself. 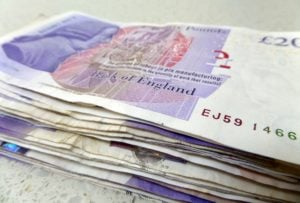 A client spoke to us about the recovery of CIS, as they believed they had not be recovering all they were due, and they presented us with the paperwork to support claims of about £13,000 in CIS.

Kirstyn took charge and began to collate all the information, and realised that there appeared to be some gaps.

Without prompting, she then directly contacted the customers who had deducted CIS, and obtained details of the CIS that they had recorded as suffered.  She also spoke to HMRC, and with her intimate knowledge of the systems, Kirstyn was able to obtain more information about CIS suffered, including some about which we previously knew nothing.

Extremely well done Kirstyn – a very satisfied client and a tremendous example of the initiative that we encourage our staff to use.

If you need help with a CIS Refund, then contact Kirstyn today.